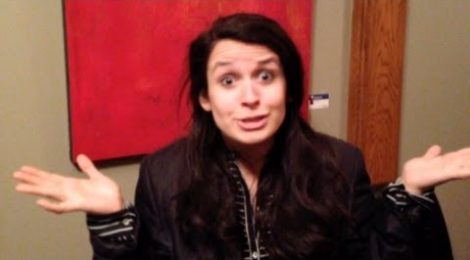 Move Your Business to Arizona!

Move Your Business to Arizona!


Finally the long awaited sequel to “I’m moving to Arizona!” has arrived (if you remember, Taylor moved to Arizona a while back because a law of theirs makes her theoretically pregnant). And now another law of theirs, SB 1062, has her hoping her theoretical baby isn’t gay, since SB 1062 makes discrimination based on sexual orientation legal. Here’s hoping Gov. Jan Brewer “does the right thing”…

MOVE YOUR BUSINESS TO ARIZONA!

Do you feel gross serving Asians or people in wheelchairs?
Just say your god hates them, then you’ll be off the hook!
Do blind or deformed people make you uncomfortable?
Just call their “life choice” a sin, according to your ancient book!
Then your business won’t have to serve them
No more fries, sinners don’t deserve them!
If you’re gay and in Arizona,
Be sure that you pretend you’re straight at Chick Fil-A!

Yes it’s a sin to be a rapist, an adulterer and even a divorcee
But doing business with them is okay
I’m sure God’ll look the other way
But the hottest circle in Hell is reserved
For the business owner who allows gays to be served!

A store that wouldn’t sell to douche bags moved in yesterday
They had to turn the Arizona state senate away!
Move your business to A-Z,
Your bank’ll never have to loan gay people money again!

Jesus said on the mount, “Never sell fast food to gays”
Civil liberty’s out, discrimination’s the new black!
Gays can still eat at the “Gays Only” counters,
And use “Gays Only” bathrooms,
We’re bringing “separate but equal” back!

Does your water fountain business prefer the whites?
Then come to a state where there’s no civil rights!
Move your business to Arizona,
Only Russia matches our hate,
For people who aren’t provably straight!

Because what kind of country is this
Where anyone’s allowed to shop at any business?
Just move your business to Arizona,
Because we want to make it our business to let you refuse business
To people based on something that’s none of your business!
And we won’t be happy till no one but your business is free!

Comments are closed, but trackbacks and pingbacks are open.